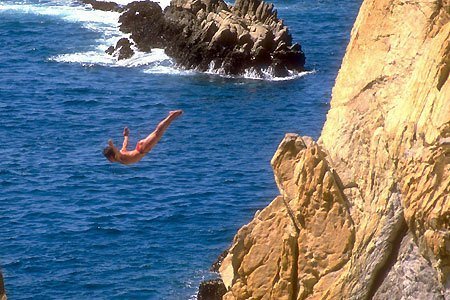 Do you know the difference between making honest mistakes in judgment that in some way hurt your chances or had the effect of holding you back; and making unconscious decisions or choices that have the effect of making you fail? Be honest now: Are you guilty of sabotaging your goals by constantly staging High Drama in and around your life?

Each of us has acquired baggage in our lives. No-one is immune from having been hurt and rejected, which always has the net effect of leaving us feeling vulnerable. Sometimes, we’ve made stupid or regrettable choices which have left us feeling unsure of our ability to even make a decision. We take all these little individual mistakes and put them all together and jump to the conclusion that we are useless, bad, wrong, or destined to fail. We begin to second-guess ourselves and break each thing we do apart into little pieces that we can examine for how it’s an example of our lameness. Life becomes an exercise in examining minutiae. We get so caught up in self-flagellation with that whip of self-judgment that we almost forget why we wanted to be creative in the first place.

This mindset, which is all about insecurities acquired through hard knocks along the way, is the fastest slippery slope to oblivion. It is the self-defense mechanism we employ to obliterate our dreams by making them seem patently impossible. And how do we go about sabotaging our dreams? By creating High Drama around them.

We find ways to defeat our goals every day by creating reasons why we shouldn’t have them. What are some of the Dramas songwriters create?

Thinking and verbalizing: I have to have a day job, and don’t have time to write. This makes the job the bad guy, and takes the onus off of you. It’s you turning your job into High Drama.

Being chronically late for meetings and appointments, in some way hoping to miss them entirely, so that you can blame the lateness: Oops, I missed the opportunity. Oh well, that’s the way it goes. And you can point to all sorts of scheduling conflicts – I ran out of gas (you should have filled up the day before when you noticed the tank was low); I got an important call (you shouldn’t have answered it when you were going out. Let voice mail get it); I had to finish another project first (You could have scheduled the project for when you got home from the meeting). Excuses are cheaper by the dozen. But you see, if it isn’t an unexpected tire blowout, or a true traffic jam; if it isn’t a sudden illness in the family or simply having written it wrong in your calendar – if it isn’t a real urgency, it’s just plain and simple High Drama.

Telling yourself that you don’t have the right contacts to be successful, and thinking: What’s the point of creating it when I don’t have anyone to show it to. This stops you before you start the creative process, as you have rationalized the “why not” instead of the “why.” It’s classic High Drama.

What I call the “Yes, But…” syndrome: Someone offers you advice, and you immediately respond, “Yes, But…” Fill in the blank here, there are a million reasons, a kazillion maybe for not pursuing a dream or an opportunity. Your reason sounds completely logical and reasonable, you can support it, defend it, and rationalize it to the nth degree. You shout it at the advice giver. You yell it at your well-meaning mother. You always can invent a creative way out for yourself. But what it is is just another High Drama.

Don’t worry about whether anyone will like your songs, or whether you’re too young or too old, or too fat or too thin, or too far away from the big cities, or too cash poor to make big demos. Don’t worry about the 25 songs that were rejected by publishers. Don’t fret about the people who told you they didn’t “get” what you do. Bing Crosby and Clark Gable were both told they’d never make it because they had big ears. The first publisher I went to listened to 13 of my songs and asked me if I’d ever considered going into plumbing. He really did! And then years later when I ran into him somewhere (and he’d forgotten the incident) he gushed over me and asked if I’d like to work with him.

Trust me on this: Cut the High Drama out of your life, and get it in your head that there’s really only one reason for doing anything anyway, and it’s not for the end result. What’s the secret reason for doing anything? For doing it, simply for doing it. The process is its own reward. Clear the High Drama out of your life. Train yourself to instantly recognize when you’re falling into that performance mode, and – to borrow a phrase from Burlesque applied to pulling overdramatic actors off the stage before they get pelted with rotten tomatoes: Get the hook!