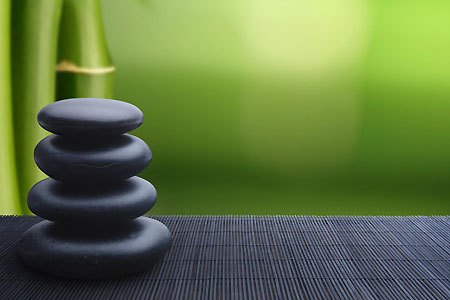 Zen philosophy tells us there cannot be space between thought and action. Even a space as narrow as a hair’s breadth is too much.

From the moment of its invention to your recognition of it, the processing of an idea must be a fluid motion wherein the thought becomes the lyric, the ephemeral melody that flits though the mind, becomes the song. Ideas are gifts which we must not stop to ponder and dissect, but must record instantaneously with full faith and certainty. Second-guessing an intuitive thought is to change its character, thus losing its purity and splendor.

Compare songwriting to learning the technique of swordplay. At first, the student is clumsy at wielding the sword, finding the weapon cumbersome when learning the many combinations of moves devised for defense and attack. As the skill increases, the student’s confidence grows, and suddenly these same moves are accomplished without premeditation. They are smooth, correct and instantaneous. They are similar to the uninhibited moves of a first time swordsperson swinging the sword before having learned that there is a wrong and right way to do so.

The goal of a great songwriter is to achieve that point where technique is second nature, not something that has to be thought about. Like the owner of the sword who is now imbued with the sense of insight known as Zen, the songwriter becomes instinctively alert to great intuitions, a state of mind followers of Zen call zanshin. The swordmeister reacts to challenges without thinking. The songwriter reacts to a flash of enlightenment with complete knowledge upon contact with it. In other words, with a sense of Zen.

When you wrote your first poems and songs, you wrote like this, very intuitively, and had some success with your earliest work, as people who heard your first songs responded well to them, and from this you gathered that you should continue to pursue this direction. As you began to hone your craft, you became less sure, becoming aware of external pressures, such as marketability, commercialism, and pleasing various levels of members of the Music Industry. You faltered in your trust of your own intuition. It is when you master the craft well enough to be as intuitive as you were as a novice beginner, that you truly will have learned your craft.